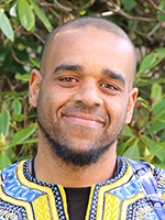 Since graduating from San Francisco State University with a bachelor’s degree in Criminal Justice in 2000, Jonathan’s professional trajectory has been consistently focused on urban youth, from ages 12 -21 years of age – providing intense case management services and facilitating urban arts workshops and classes in community and school settings reaching the most disengaged students. These young people, predominately young men of color, are often involved in the criminal justice system, are the most disengaged students with the highest rates of suspensions and school absenteeism, along with the lowest academic performance compared to their peers. The majority of these youth are at risk of succumbing to the school to prison pipeline. Jonathan’s straightforward case management style, meeting the young people and their families where they are and his engaging teaching strategies makes Jonathan an effective practitioner with many examples of transformation among the students he touches – re-engaging them in the classroom and redirecting their life journeys toward positive and healthy choices.

Jonathan is an accomplished artist himself, in custom clothing, logo & tattoo designs; mural painting with aerosol; Hip Hop calligraphy; airbrushing; and illustration but the list goes on. Being an aerosol writer since a youth in 1989, Jonathan has used his art form in many ways from destructive to constructive. His educational experienced had its trials and tribulations just like his students, which makes him very relatable to the young people while his tour of duty in the Urban Art world has made him very reputable amongst the youth as well. He has been a resident artist at the African American Complex in San Francisco, and the resident artist at several nonprofits in Oakland, and a global artist as well. Since 2005, Jonathan has worked at Safe Passages as an Urban Arts Instructor, case manager, and program manager. The success of his work has propelled Safe Passages to develop the Get Active Program to increase the organization’s capacity to effectively engage the hardest to reach students, in their learning process with an emphasis on men and boys; and to expand Jonathon’s reach in terms of training and mentoring others to carry the baton of social justice and cultural empowerment with the youth. Jonathan received his master’s in Ethnic Studies with an Africana Studies emphasis from San Francisco State in 2015. He currently teaches through the dual enrollment process for Peralta at several Oakland Unified School District sites. He has also taken his work across the globe to Europe, the Americas, and West Africa where he integrates art and social justice practices that the young people can find their voice in. He has also been a leading figure within Oakland’s spray can art community as one who promotes Hip Hop Restorative Justice, giving back to the community through the visual art form by going over the blighted buildings with murals that represent the community.